Worcester Barr Flight Porcelain and the Flight and Barr Partnerships

Having been established in 1750 the Worcester porcelain factory at Warmstry House on the banks of the River Severn had a reputation for the production of the lower-end of the spectrum of blue and white decorated pieces, which sought to replicate original Chinese designs.

The works – in a somewhat poor state of repair – were bought by Thomas Flight in 1783 A former salesman for the company's products in London, he entrusted the day to day running of the firm to his two sons John and Joseph. Its fortunes continued to fare relatively poorly, until the younger son, John, embarked on a visit to porcelain factories in France, notably those around Limoges. On his return to Worcester, John immediately directed production towards the Limoges style, with the use of fluted shapes and decoration that mirrored popular French patterning of the day. This change of emphasis was to now preface the growth of the factory’s reputation, which prospered to such an extent that within five years the were able to number King George III amongst their patrons, and – with the issue of the King’s Warrant in 1789 – the factory was able to take the name of The Royal Porcelain Works.

John Flight was to die barely two years after his company’s endorsement by the King, and Joseph Flight invited Martin Barr was immediately brought in to fill the void. His main influence was to oversee the introduction of a new process for imprinting design outlines on to the glazed porcelain blanks using oil (previously transfers were made on to the coarser unglazed surface, which limited the degree of definition that could be used). This greatly enhanced the detail and quality of the decoration and added yet further to the company’s stature. Still following predominantly French styles, ornamental items were now produced for a fashion-conscious and increasingly upper-class clientele, though somewhat curiously the Worcester factory at this time largely steered clear of producing figurines.

Further warrants from the Prince and Princess of Wales were to follow, and the company became known simply as Royal Worcester from that point forward.

The partners were joined by the son of Martin Barr , Martin Junior in 1804. te next ten years were a golden period for thr partnership. The manufacture of the once-renowned blue and white pieces was on the wane, and lavish ornamental vases and robust tableware filled the product catalogues, but regardless of which aspect of production the Worcester porcelain craftsmen were directed to undertake, they were able to turn out material of such a consistently immaculate quality that the name became synonymous with the very best pieces available.

Martin Barr senior died in 1813 and Joseph Flight became the senior partner. George Barr joined the partnership. The partnership flourished. The artistic direction of Thomas baxter helped the company to ascend the highest levels of  artistic merit. The rich classically inspired porcelain produced waned in contemporary popularity and the partnership merges with the Chamberlain Worcester factory in 1840. 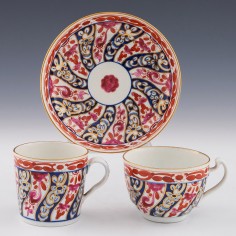 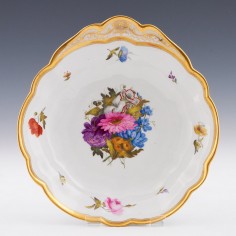 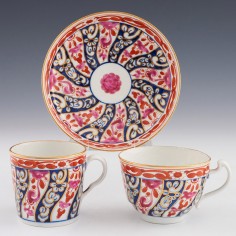 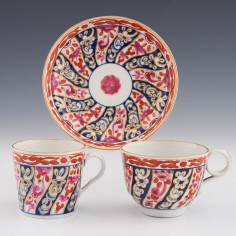 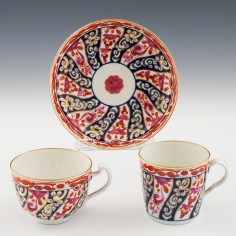 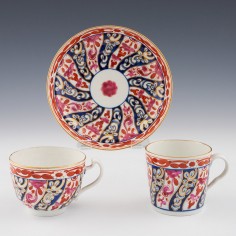 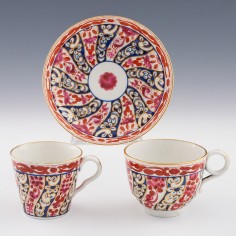 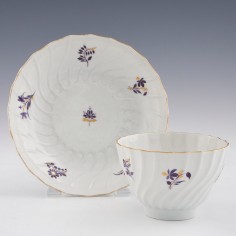 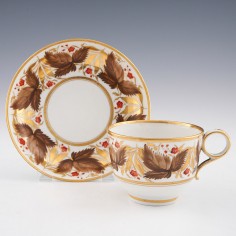 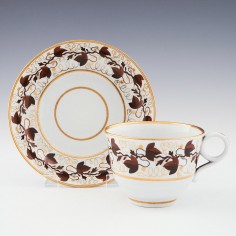 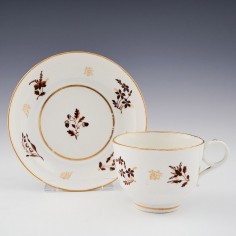 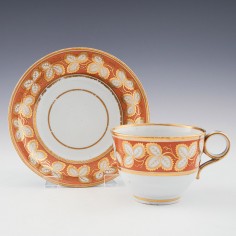 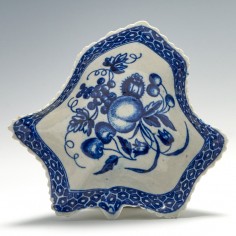 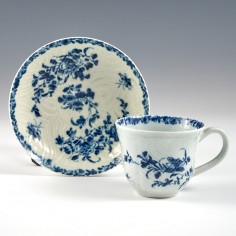 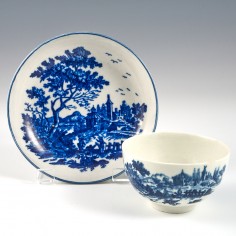 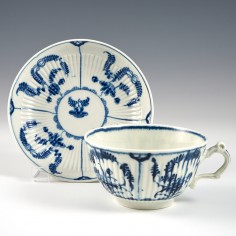 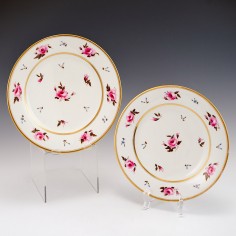 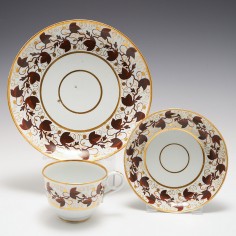 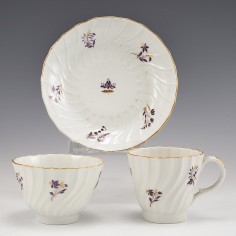 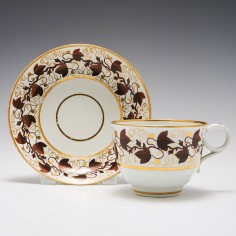 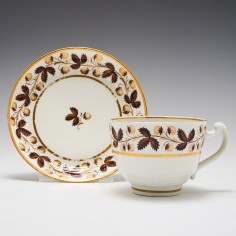 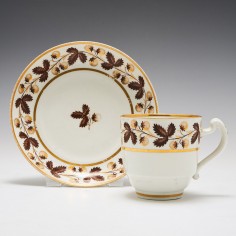 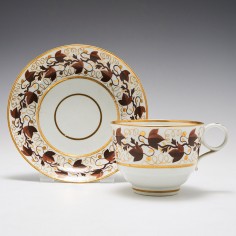 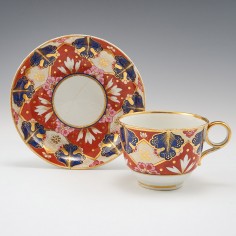