Josiah Spode was an 18th century potter and English porcelain manufacturer from Stoke on Trent who is credited with perfecting the two primary processes integral to the production of extremely high quality ceramic pieces – the nature of the soft-paste porcelain itself, and the application of decoration on to this base.

It was the decoration which Spode mastered first, refining the protracted process of transferring images on to porcelain blanks by pulling together advances in the materials used, the manner in which they were utilised and the colours that they were used to apply to arrive at a method which enabled his factory to produce pieces of striking beauty using his new underglaze print method

The formulation of his fine, translucent bone china porcelain was perhaps a more notable success, with the “recipe” being regarded as a trade secret for some time after its had finally been established. The fact is that Spode effectively simplified a formula which had become over-complicated through the ongoing input and development by many competing manufactories, all of whom had sought to develop the ultimate substrate by adding numerous constituent parts in varying proportions. Spode determined which ingredients made the most significant contribution towards the desired effects and stripped away all the other superfluous additives, leading some of his contemporary competitors to downplay his innovations, while some were more ready to acclaim him, notably Alexandre Brongniart at the Sèvres factory who’s acknowledgement would have counted for far more than the disaffection from other sources.

Josiah - and his sons after him – continued their innovative and inventive approach to the production of fine china and ceramics up to the point that their company transferred to being under the auspices of William Taylor Copeland and Thomas Garrett in 1833, but the name is so intrinsic to the production of high quality material that it is still used to this day by the owners of the brand. 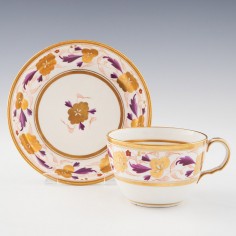 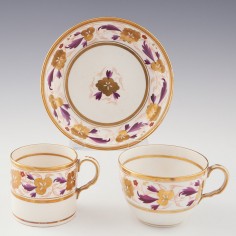 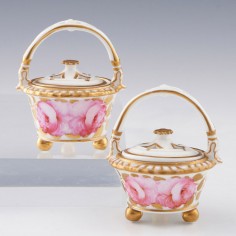 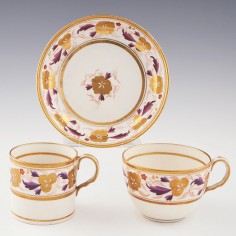 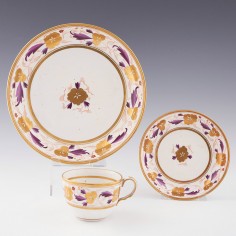 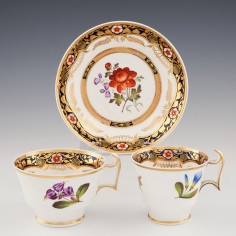 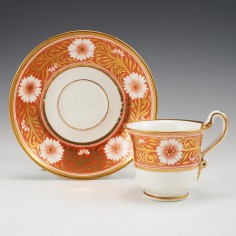