The interest in post-war Czech glass continues to grow apace, having been prompted by the Velvet Revolution and deconstruction of the Iron Curtain in the latter years of the 20th century. After decades of visually striking items being produced for export across the world, most simply under the generic banner of ‘Bohemia Glass’, the drawing back of the veil of secrecy covering the identities and stories of the artists who designed these incredible pieces has prompted international interest. Although no longer at the ‘tip of the iceberg’, there is still so much more to be revealed – the star is still ascending.

Of course, established collectors who had already fostered an interest in 18th and 19th century ‘Bohemian’ glass were well aware of the high quality of pieces originating from the region, and their acquisitiveness sustained a buoyant market for these properly antique pieces made by the likes of Harrach, Loetz, Moser, and Kralik - even without the increased exposure to and influx of new buyers.

Perhaps surprisingly, during the closed period prior to emancipation, Czech glass artists were more at liberty to express themselves than most other painters and sculptors. How could the Communist ideal be expressed via a glass vase? The controlling regime desired two things, which it found in the centuries old glass industry it had acquired – a way of showcasing the progressive ‘modernity’ of design under Communism on an international stage, and a way of bringing in valuable foreign currency through sales of glass to the West. Hence these designers and artists developed, and were encouraged to develop, what is a now readily-identifiable yet varied ‘look and feel’ based on combinations of form, shape and colour combined with innovative uses for the optical properties of the material itself. And so, the works of Hlava, Beranek, Hospodka, Vizner and their compatriots for companies like Chribska, Novy Bor, Exbor, Sklo Union, Skrdlovice and others have now coalesced into a collectable genre which is every bit as recognisable as the pieces that their illustrious forbears are known for.

It is not, of course, the case that every bit of amber and green or abstract cut glass you encounter is going to be Czech or Bohemian, but it's possible to use such colourways and hallmarks of design as a first step on the road to making an identification, when combined with the presence of familiar geometric shapes, surface textures, the use of other distinctive features. Whilst midcentury modern Scandinavian and Murano glass were strong inspirations (nothing develops in isolation), Czech glass artists and designers combined winning styles and added their own twist, which would become instantly recognisable.

In spite of the undeniably high values assigned to the unique art pieces at the top end of the market that were produced for numerous international exhibitions and are now largely in museums, there is no need to be intimidated by these. There are many striking, eminently collectable pieces inspired by them and produced in larger or smaller quantities which can currently be procured for very reasonable prices. Prices are rising as supply declines. For the most part, this segment of the market is populated by Sklo Union pieces – the result of a mid-1960’s move towards collective production by a number of formerly independent manufactories. These items were essentially mass-produced (although the production runs were sometimes still relatively small) using the ‘pressed glass’ method, and were designed to react against the traditional, bespoke, cut glass pieces which had first stimulated the market – the aim was to provide sculptural, modern art glass for the home at an affordable price.

Parallel to this collectivism when it came to physical production, there is also a deliciously residual relic from the ‘Communist’ ethic which underscored the Czech regime after WWII. This is the concept that collective effort was more important than individual recognition, and this is exemplified by the fact that very few of these period pieces bear identifying marks for either the separate factories or the designers themselves. Most were simply sold labelled ‘Bohemia Glass’, the brand used by the export monopoly Sklo Export, with no or little reference to the designer or artist being made outside of industry marketing publications. This adds a layer of intrigue to the pursuit of ‘collectable’ Czech glass, and requires any buyer to develop the ability to recognise and verify the hallmarks of design of each artist in the absence of signatures or trademarks. Of course, this task can be entrusted with absolute confidence to a third party if you choose to buy from my own shop, or those of my colleagues at the Pantiles Arcade.

We will be more than happy to guide you through the rapidly developing, varied and exciting world of postwar Czech glass, and will have you able to tell your Svarc from your Gabrhel and your Jurnikl from your Zemek in very short order. I have many examples from these and other leading exponents of the art at my newly-opened retail outlet in Tunbridge Wells, and look forward very much to sharing my passion for the artistic endeavours of master craftsmen, who until recently laboured under an enforced cloak of anonymity. 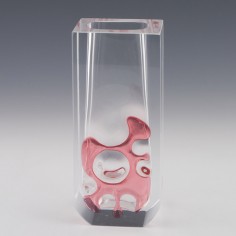 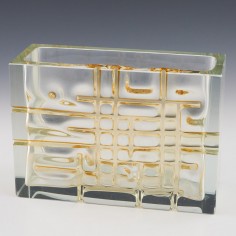 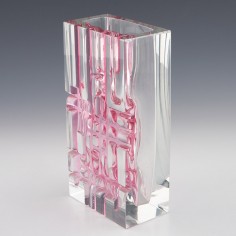 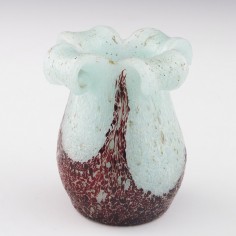 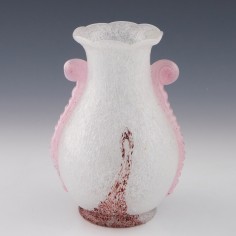 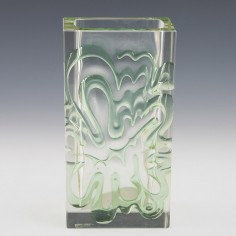 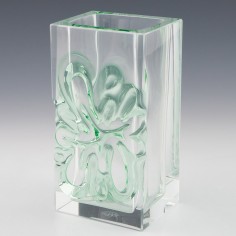 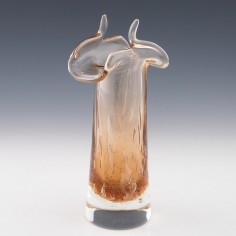 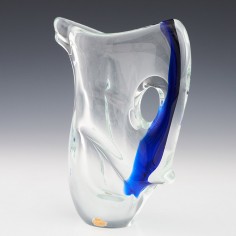 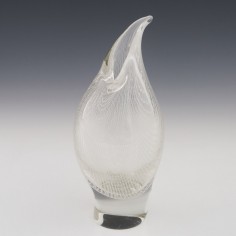 A Harrach Harrtil Vase By Milan Metelak And Rudolf Schwedler 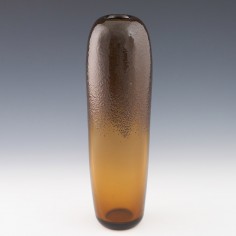 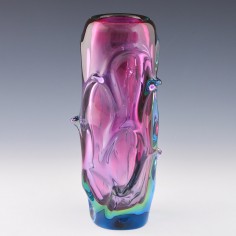 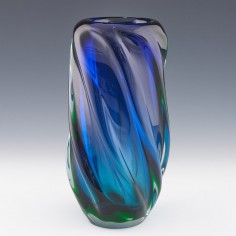 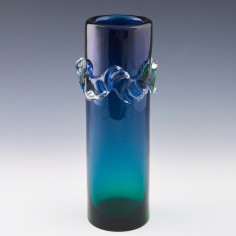 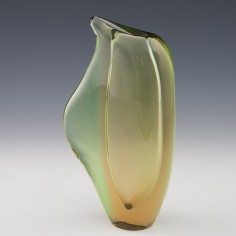 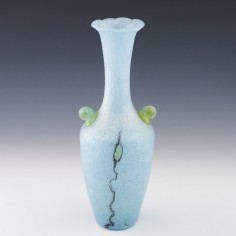 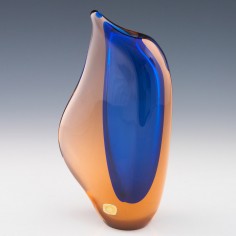 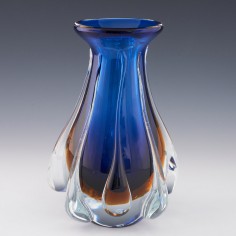 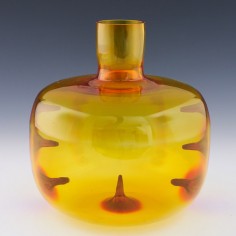 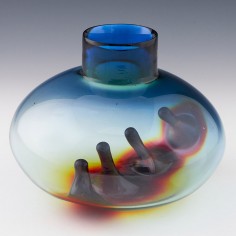