The genesis of the Corgi name can be traced back to a company called Mettoy which had been operating in Northampton from 1933. The founder, Philip Ullman, was joined by Arthur Katz, both of whom were of German extraction and had previously worked together in Nuremburg. In 1956, the pair decided to go head to head with the existing Dinky range of die cast toys, produced by Meccano, and who were the long-established market leaders when it came to the production of transport-related toys.

The resulting range was produced in Swansea, the location of which gave rise to the new products’ name, taken from the Welsh breed of dog. The production of die-cast metal vehicles thrived, with a ready-made workforce drawn largely from newly-redundant coal miners as the previously dominant industry in the area was scaled down.

Having started by modelling standard ‘production’ vehicles familiar to those in the United Kingdom – there were just eight variants at first, featuring the likes of Triumph and Ford cars – there was a relatively swift shift in emphasis to encompass other models from further afield, and the brand-name very quickly became very familiar across the globe.

This success underwrote the next big move, with the release of models based on films and TV programmes; this spawned the iconic James Bond Aston Martin DB5 (which remains the best-selling toy car of all time), along with other classics such as the Batmobile, Chitty Chitty Bang Bang and Thunderbirds vehicles. This product line kept pace with the release of new films and series throughout the next two decades, right up to The Professionals and Magnum PI in the early 1980’s

All the time Corgi were producing more utilitarian vehicles – tractors and trailers, commercial vehicles, fire, police patrol and ambulance vehicles, motorway maintenance and construction, tanks and other military hardware - even circus vehicles - with larger versions of some making up the Corgi Major range. The extent of the product range was reflected in the yearly ‘catalogue’, the extent of which increased tenfold from 1956 to the latter part of the 1960’s.

Ultimately, though, there was a familiar tale to be told, with profits dwindling during the 1980’s as the growth of ‘digital’ toys mushroomed to the detriment of properly interactive playthings. Again, as with other retailers, the brand name was later reanimated under the remit of producing smaller-quantity ‘collectors’ items and is still extant under the Hornby umbrella, with 'product placement' now encompassing the likes of Mr Bean and Only Fools And Horses.

It’s doubtful whether there are any more evocative toys of the 1960’s and 70’s than some of the Corgi classics – cataloguing and describing them, for instance, certainly took longer than more usual items, simply as they all prompted admiration and reminiscence in equal quantities. That said, it's also a bit of a disappointment to note that something you remember so vividly is now considered old, vintage and collectable ! 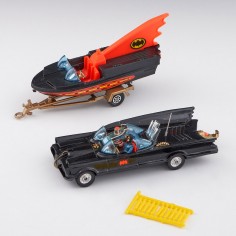 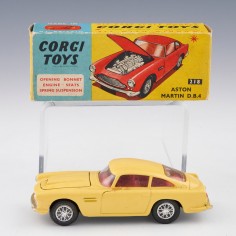 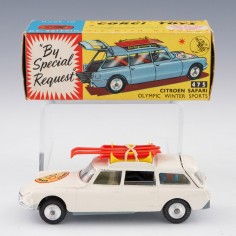 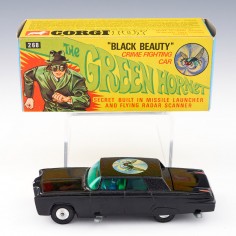