The Dinky Toys brand came from a thoroughbred stable, having been founded by the same Liverpudlian entrepreneur who masterminded both Meccano and Hornby  - Mr Frank Hornby.

Dinky was the last of these three to see the light of day, during the autumn of 1935. Many of the early models which carried the name were made as accessories for the Hornby trainsets, and were not accurate depictions of ‘real world’ vehicles. The product range also included aeroplanes and boats, many of which were also generic rather than reproductions of specific models.

It didn’t take long, however, before the ramifications of producing many different models, each replicating a different marque of vehicle became clear. Instead of buying a simple toy car, the desire to own a Rolls Royce, a Bentley and a Daimler would engender more sales – and so began a more calculated approach in pursuit of pocket money pennies.

Once the company had taken the first few tentative steps down this particular avenue, the product range expanded quickly, with commercial and military vehicles taking their place in the Dinky catalogue, again alongside planes and – to a lesser extent – boats and ships. Further hybridisation was to follow, when a single type of vehicle – an otherwise nondescript  van or lorry – would be released branded in the liveries of several different companies; it was possible, for instance, to buy a Guy van resplendent in the decor of Weetabix, Lyons cakes, Ever Ready batteries and others…

The 1960’s saw an albeit short-lived backwards glance with the introduction of the Dinky “Dublo” range, which consisted of models made to the same scale as the Hornby railway sets. Not only were these eminently saleable as accessories for the company’s own trainsets, but they allowed Dinky to compete with ‘Matchbox’ cars (produced by Lesney) which had thus far cornered the market for smaller die-cast models.

The same decade saw Dinky’s first forays in to themed TV and film related models, which had been the preserve of rival Corgi to this point in time. While their competitors set new standards for volume sales with their James Bond cars, though, Dinky stoically aimed at a rather more niche market, augmenting their Thunderbirds and Captain Scarlet models with somewhat esoteric items based on Parsley the Lion from The Herbs, The Pink Panther and French series The Aeronauts.

In spite of global manufacturing expansion, which cynics may quantify as little more than a search for cheaper labour in order to remain competitive, the company suffered from the same drop-off in demand and profitability which affected the entire toy model sector. The main UK production centre closed in 1979, and other locations also faltered. Numerous convoluted licensing agreements kept the name alive in one form or another until the turn of the century, but by then production of new models had all but ceased, and only re-issues of a very limited range remained commercially available; another famous British brand name had become substantively defunct. 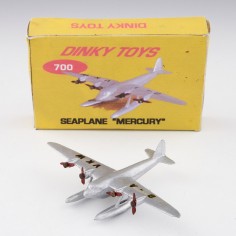 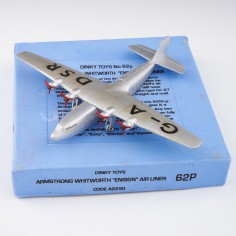 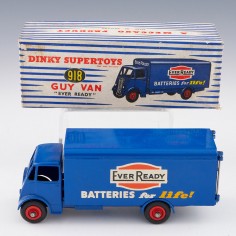 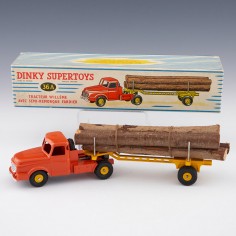 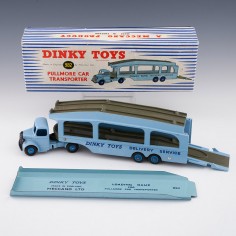