Toy soldiers, whether they are  plastic soldiers, lead soldiers, tin soldier toys or cast are amongst the most enduring and collectable of all antique toys

From the late 19th century Germany was the leading producers of toy soldiers, with Heyde of Dresden being the most successful company with their solid metal figures, though these were somewhat expensive.

William Britain, a skilled metal-worker from Birmingham, began his own manufactory in 1893. They produced hollow-cast metal toy soldiers to the innovative 1:32 scale, meaning that an individual toy soldier would be 54mm in height. Their first set was a box of Lifeguards, and the company was almost immediately a huge success, Britains toy soldiers going on to dominate the market for small soldier toys in the UK and abroad.

Their main rival was Johill & Co, who actually started production three years earlier than Britain’s. Initially, they matched Britain’s hollow-cast method, and persisted with this until moving to plastic toy soldier production in the 1960’s. By this time the Herald company from Hong Kong had also begun the manufacture of plastic toy soldiers, and would go on to amalgamate with Britain’s. Their signature range were the ‘Eyes Right’ figures with their detachable arms and bodies, which were produced from 1961.

During the 1970’s Britain’s launched their ‘Deetail’ range of toy soldier figures, featuring plastic models on metal bases. Most of these were WW1 toy soldiers and WW2 models though many other periods were also included – cowboys and indians, knights and saracens, Napoleonic figures and ACW soldiers.

Our locally-based customers  in Tunbridge Wells may remember the magnificent display cases, crammed full of these wonderful toy soldiers, at White’s Bazaar in Monson Road; the place was a veritable black hole for my own meagre pocket-money resources…

Britain’s also produced their Swoppet range of articulated plastic toy soldiers, initially making a set to celebrate the Bicentennial of American Independence in 1976, going on to replicate many of the Deetail models in the same range.

The company ultimately decided to re-brand their Britain’s toy soldiers as toy models, releasing new ranges and special editions in lesser numbers, rather cleverly creating their own sought-after range of collectable pieces.

Soldier toys remain enormously popular, with new suppliers such as Ducal, King And Country, Dorset Soldiers and Steve Weston  making a name for themselves alongside Taylor & Barratt, Timpo, Crescent Toys and the other more traditional makers. They cater for all tastes and interests, and you’re sure to find a Roman toy soldier just as readily as army toy soldiers from other theatres – and, of course, we reflect this diverse range in our own collection. 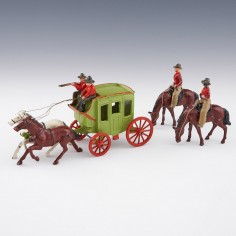 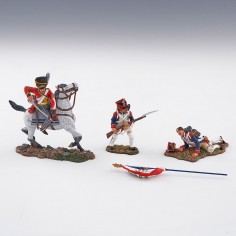 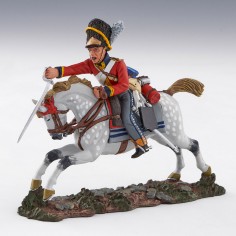 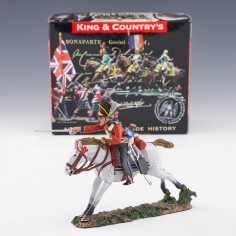 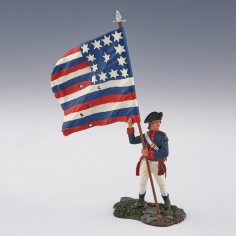 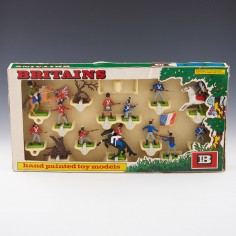 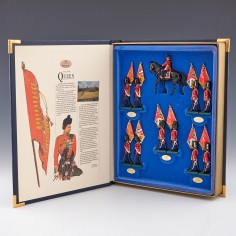