Two piece drawn trumpet plain stem wine glasses with folded feet were made before and after the glass tax. Commercial considerations alone never totally overcame aesthetic ones with Georgian drinking glasses despite 19th century commercial pressures and despite the government!

The knops on balustroid glasses are smaller than antique Georgian balusters and they did start to disappear almost altogether with the vogue for plain stems and later “twists”. But if speed of production and simplicity were the sole commercial drivers how can anyone explain the Newcastle light balusters whose production spanned the introduction of the glass tax and whose complexity in both multiple knopped stems and engraving is unsurpassed.

I also do not entirely subscribe to the view that the smaller more elongated 18th century balustroid glasses were a result of increased demand and were correspondingly speedier to produce. We have placed balustroid glasses into the safe hands of collectors with multiple complex knops above and below a plain stem, time consuming pieces to produce.

Following the introduction of the glass tax products were taxed according to their weight. The assertion that balustroids developed as a result is a fallacy. Some balustroid glasses pre-date the introduction of the glass tax by twenty years and possibly more. Pure hollow stem glasses, not just extended tears and the engraved “No Excise “Georgian wine glasses can be attributed to the Glass tax more readily and obviously.

You may read elsewhere that the stimulus to develop the balustroid was the glass tax introduced in 1746 by Henry Pelham’s Whig government. This is completely unrelated to the earlier “window tax” of 1696 which purely by coincidence is the year that Sir George Barclay’s Jacobite assassination attempt was made on the life of the usurper William 111 in Kew. No Stuart King would have taxed “light” and definitely not drinking. I digress.

Georgian balustroid stem wine glasses are the stylised 18th century descendants of the baluster glasses, but with more elongated and some would say elegant forms. They are made from lead glass but a lighter construction and have a wider diversity of bowl shapes than balusters. To my eye they are amongst the most beautifully balanced drinking glasses ever made with a simple understated elegance. 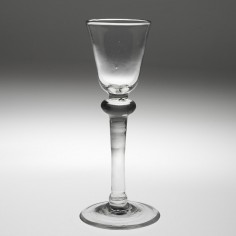 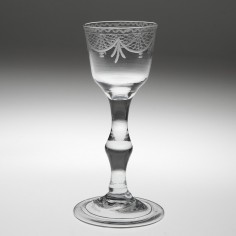 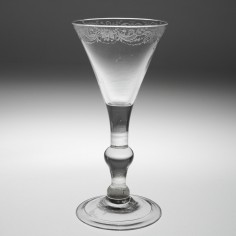 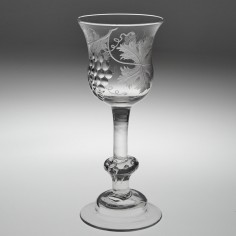 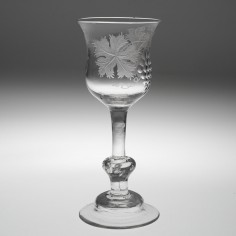 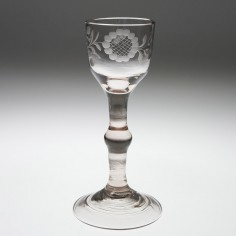 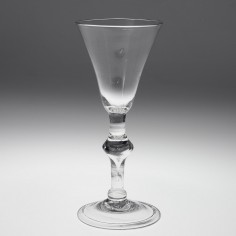 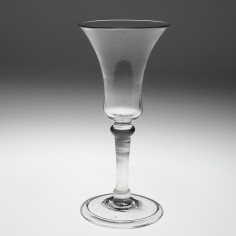 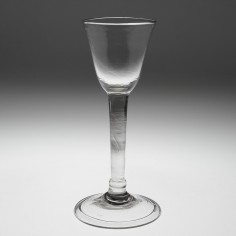 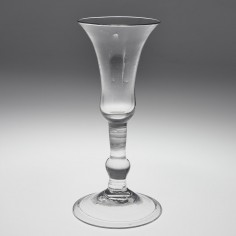 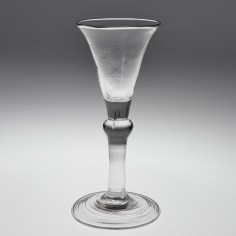 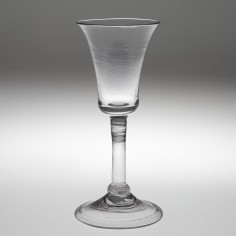 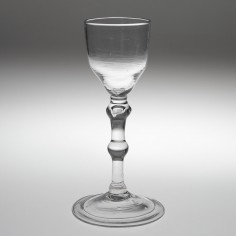 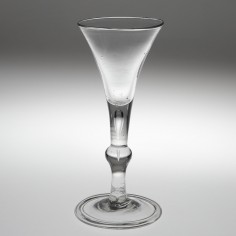 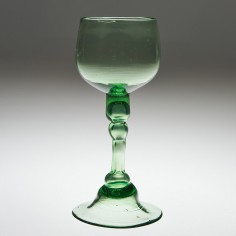 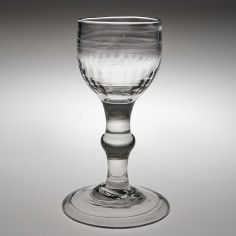 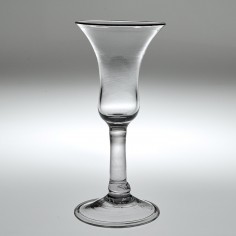 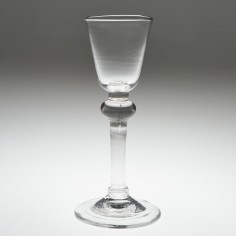