Georgian facet cut stem wine glasses and sweetmeats are still widely appreciated today, especially by candle light, however, they did not become fashionable in England until the excise act of 1777 almost doubled the tax due on home produced product. Facet cut glasses had been produced on the continent since the early 18th century and possibly earlier and were produced in England by Bohemian and German cutters as early as 1709, but the relocation of the British Glass manufacturing to Ireland and a uniquely “British style” of cutting resulted in a surge in popularity.

Early English cutting is very two dimensional, interlocking flat planes, whereas contemporary European cutting is three-dimensional. This may be due to the skill levels or fashion, but we prefer the latter as German and Bohemian cutters were brought to London to ply their trade. Hollow diamond cuts seem to prevail from c1745 onwards. This may have been due to general availability of better quality glass following the introduction of "tunnel lehrs" which gave better temperature control and annealing resulting in less glass being damaged by thermal shock.  Interestingly the Georgians used the term "scalloping" for what we would call cutting. They used the term cutting for bevels on mirrors.

On the finer examples not only the stem is cut with hollow diamonds, scales or flutes running the full length of the stem. The bowl too may also be cut in full or in part and the foot may be both cut with flutes or diamonds and the edge of the foot may also be scalloped. The flat flute-cut stems are from the late Georgian and early Regency periods.

Drinking glass stems are frequently found with facet cut centre stem knops and occasionally a composite of plain stem and cut stem above and below the knop.

Bowls are typically wheel engraved with fruiting vines, the fruits being polished, rococo swags and OXO, a continuous series of polished spots and cut crosses. It is worth noting that many Irish facet cut glasses have a thicker stem that would be anticipated with English pieces. This does not detract from the glass provided that the bowl is correctly proportioned.

It is with period centre sweetmeats that the art of cutting reached its zenith. On some very fine examples the entire surface will be cut and polished with scalloped feet and rims to the bowl. These may present the best value to the collector wishing to obtain period cut glass.

Cutting can be found on very early heavy baluster, cruet sets, chandeliers and other glass. There is no evidence to support earlier glasses being recut. People used to not understand that many styles of glasses were made over a long period of time and especially those of a light baluster type and have thought that they are earlier and later cut - not true , why would someone use an old fashioned glass to take to the cutter to be upgraded ? They would simply buy the latest fashion of cut glass, which would be a considerably cheaper exercise. 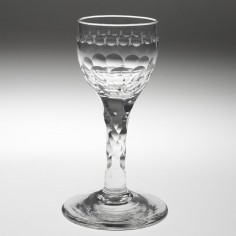 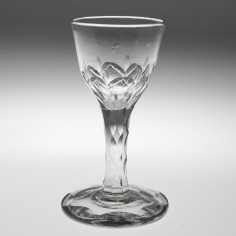 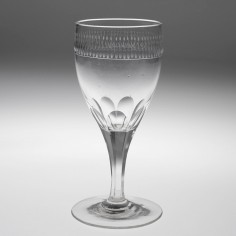 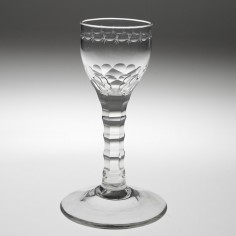 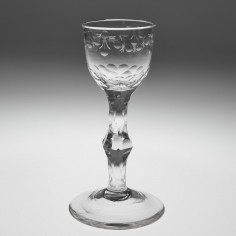 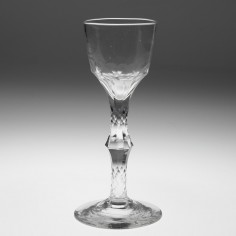 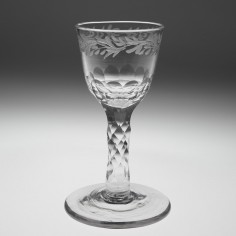 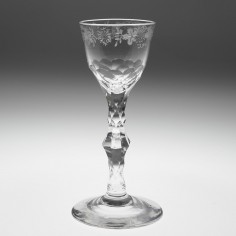 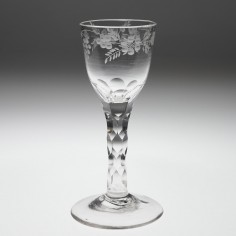 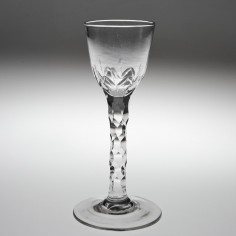 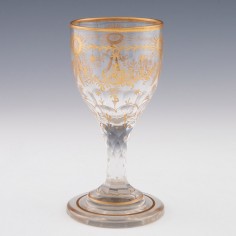 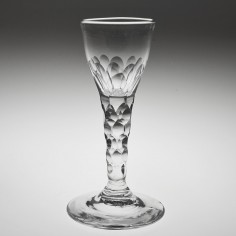 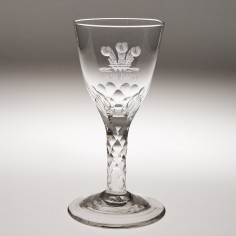 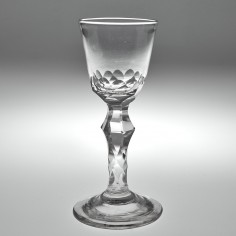 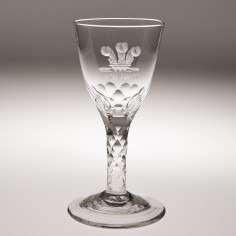 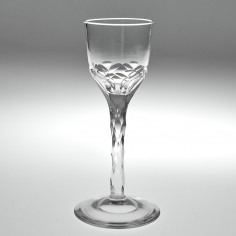 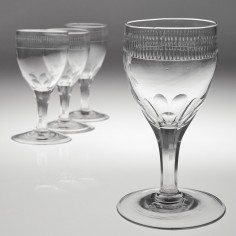 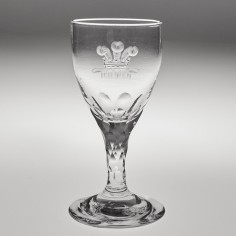 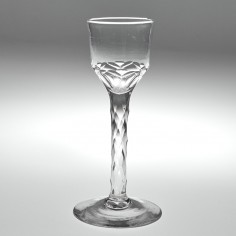 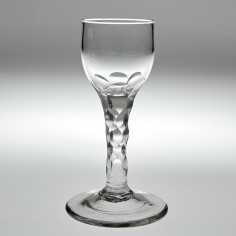