Georgian wine glasses during the Regency period made a response to the vivid colours of contemporary 18th century polychrome porcelain. Coloured glass has been made for thousands of years but the combination of colour and form during the latter 18th century period results in stunning pieces that are not surpassed for many a collector. Georgian drinking glasses absorbed a blaze of colours. We refer to this generically as Regency coloured glass.

We are all familiar with Bristol blue glass, Bristol green glass and amethyst glass. The colours result from the addition of metal compounds to the glass. There are a myriad of coloured stem wine glasses. Manganese was added to continental glass to remove the green colourations given by iron in soda glass. When the concentration of manganese is increased then purple amethyst colours are achieved.

A personal favourite, Regency ruby red glass, requires the addition of gold in small quantities. Nickel produces a violet colour with soda glass sometimes referred to as "black amethyst" and the same material induces a more purple amethyst or "vintage purple" in lead glass. Later uranium (oxide) glass was not such a novel idea, the Egyptians started the process, it was simply a newly discovered metal. 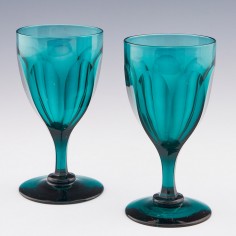 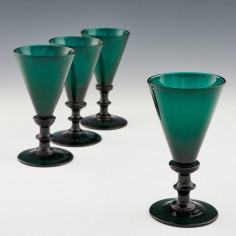 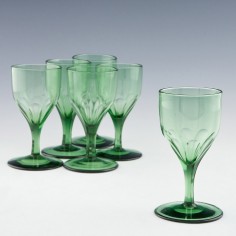 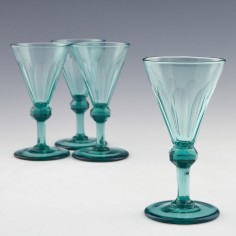 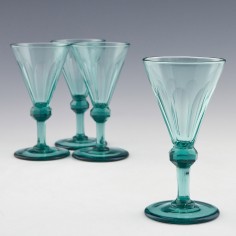 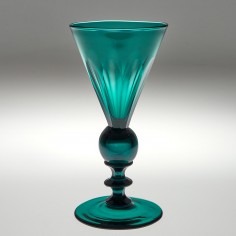 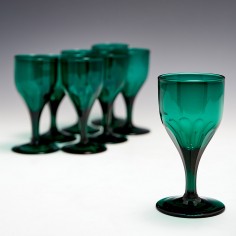 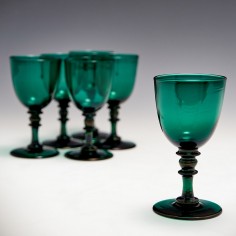 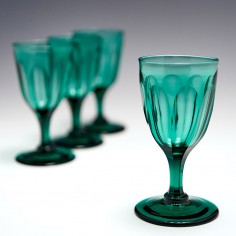 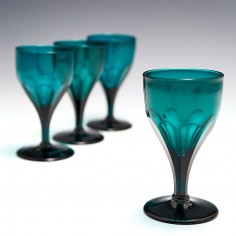