The Strathearn Glass Ltd was a short-lived concern, trading for just fifteen years from its base at Crieff, twenty miles or so to the west of Perth.

Founded in 1965, the company was initially underwritten by the Teacher’s Distillery in order to produce its signature 'squashed bottle' ashtrays formerly made by Vincent Vasart's smaller premises in Perth itself. It was immediately apparent that there were commercial opportunities to be exploited through having retail outlet alongside the new manufactory, and the product range expanded accordingly.

After a short time, and under the stewardship of Stuart Drysdale, attempts were made to replicate the intricacies of 19th century French paperweight production, but this was time consuming and the volume of material required to support the gift trade mean that more abstract designs became the company’s stock-in trade. There are plenty of millefiori pieces, though, richly coloured and with latticino inclusions and facetted or press-moulded globes for variety.

Ashtray production continued as the mainstay of the company’s viability throughout its existence, but when the demand for these items dwindled, Teacher’s had little hesitation in selling the business on to Stuart Crystal, who promptly put an end to paperweight production in 1980.

The commodified nature of Strathearn glass paperweights means that quality is not as high as other manufactories, but there are some striking pieces available nonetheless, and the name is steadily becoming more collectable with the passage of time. 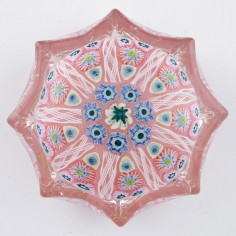 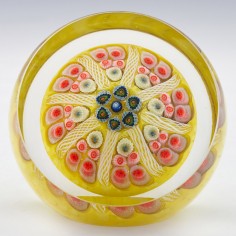 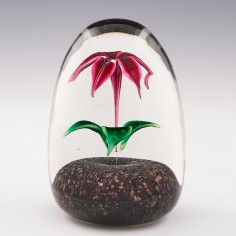 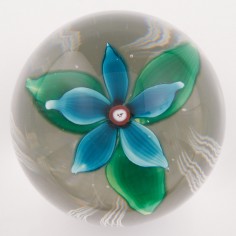 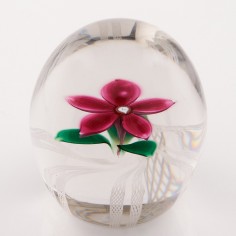 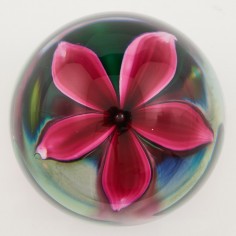 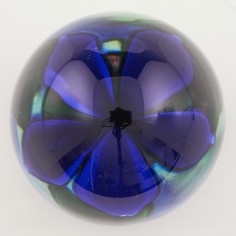 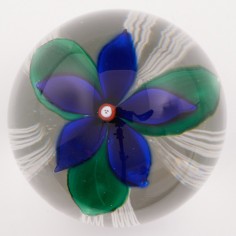 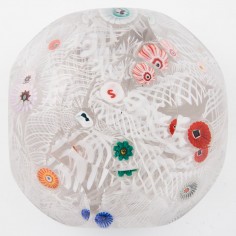 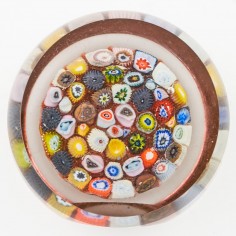 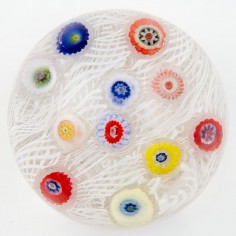 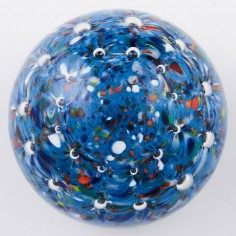 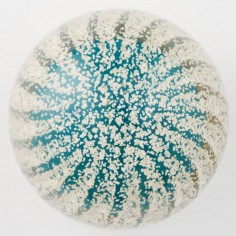 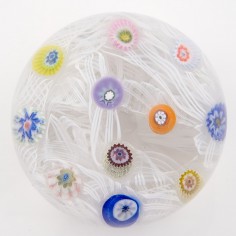 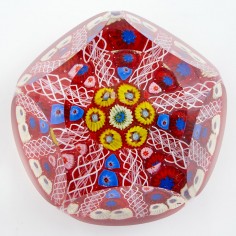 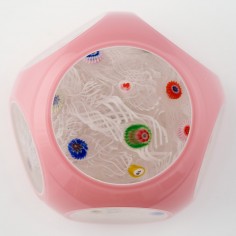 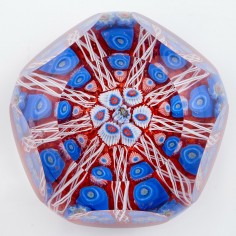 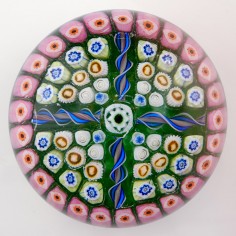 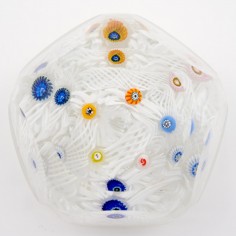 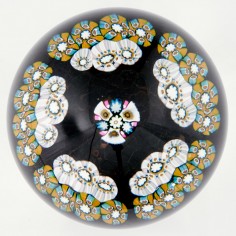 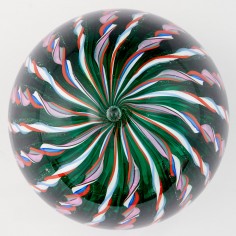 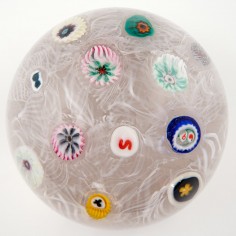 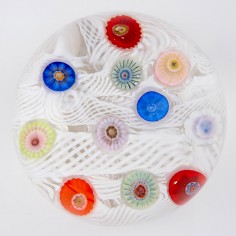 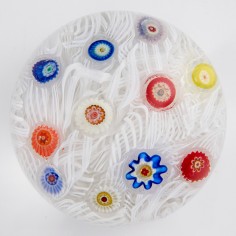 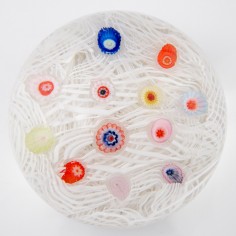 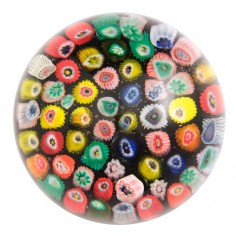 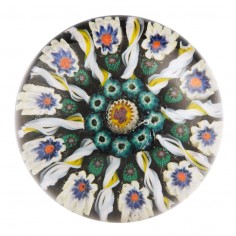 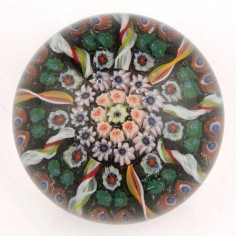