The Art Deco movement was a groundswell of ultimately worldwide design innovation which spread from its epicentre in France across Europe and North America in the years following 1910. It was an artistic melange of styles across multiple media and disciplines, all with the common underlying impetus of modernity and innovation.

The essence of the style is now perceived as having embraced the use of bold geometric shapes – often centred around a recurring geometric pattern. While this in itself hinted at the art deco designers being conscious of their pieces being suitable for mass production, the movement encompassed all the decorative arts and architecture. Interior designers, furniture designers and even those fitting out ocean liners were all in thrall to what was to become an iconic movement.

Initially known as “style moderne” the Art Deco name was coined after the 1925 Paris Exposition des Arts Decoratifs et Industrial Moderne, although with regard specifically to glassware it was the wider European community which embraced the Art Deco ethos to more notable effect than home-grown craftsmen. Lalique, Daum, Marinot and Henri Navarre all exhibited undeniable influences from the Art Deco oeuvre, but their work was sufficiently wide ranging as to preclude being pigeonholed just under this one label.


Rather surprisingly given the usual narrative of insularity and isolationism, it was across the channel in Britain that Art Deco glassware became a more readily identifiable movement. Existing manufactories such as George Davidson’s Flint Glass Works began to produce the colourful whorls and convolutions of cloud glass – and later opalescent jade glass in its distinctive green shade. Sowerby’s Gateshead Glassworks, already renowned for the production of milk glass, started to use colour with more creative flair in their Carnival glass range, and the nearby Wear Flintworks moved away from their signature clear crystal work and drew heavily on Lalique’s designs for inspiration. Even the bluff, usually uncomplicated workmen of Bagley & Wild’s Knottingly Works in Yorkshire were sufficiently enthused to create figurines, lamps and vases incorporating geometric linear fan patterns in partly iridescent finishes which gave rise to some iconic Art Deco forms.

Further afield, the same story of production facilities taking on board Art Deco influences would be repeated. The Stolze company – extant since 1805, and with premises across central Europe – dedicated a facility at Heřmanova Huť in what is now the Czech Republic for the creation of pieces suiting the new style, almost entirely replacing its former pattern books of pressed glass specialities.

Walther & Sohne’s Dresden (Germany) factory followed a similar route, moving from pressed glass production to output with a style approximating Davidson’s cloud glass material, alongside more conventional table centrepieces, bowls and vases in whole-coloured opalescent finishes. The nearby Brockwitz factory turned out a form of carnival glass between the wars, with a predilection for clear, pink or amber wares that were a little more ornate than other contemporary pieces.

Other Czech and Yugoslavian concerns (Libochovice, Schweig & Muller, Nemšová, Abel) would also help to further spread the influence of Art Deco patterns and forms, and even the Cambridge (Ohio) Glass Company were to fall under the remit of the movement with their signature amber, uranium green and marbled blue figurines and candlesticks signalling the spread of ideas to the other side of the Atlantic and the true globalisation of the movement. 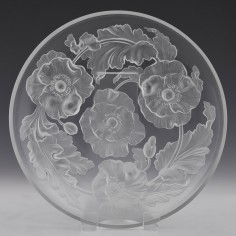 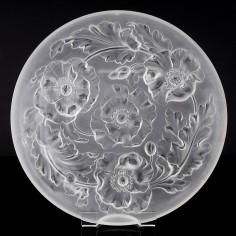 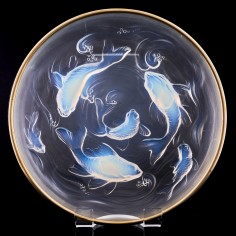 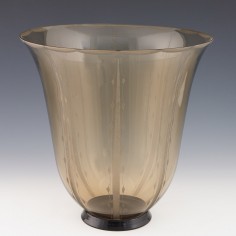 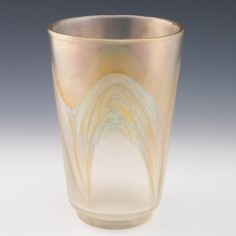 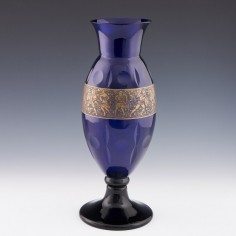 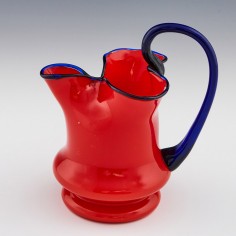 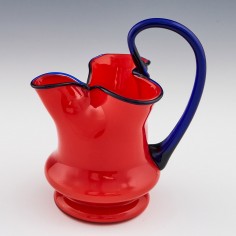 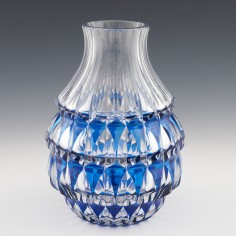 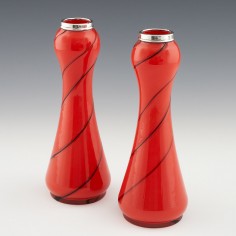 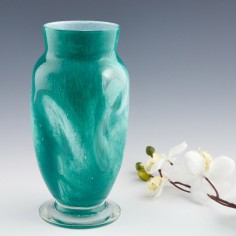 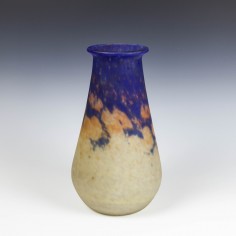 The body is matt, it has been finished with acid. The acid stencil mark looks polished but the etching is simply more intense. This vase is cased, the colour is sandwiched between the two transparent layers of glass, The outer surfacr then being acid etch 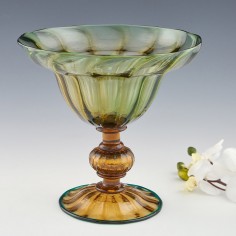 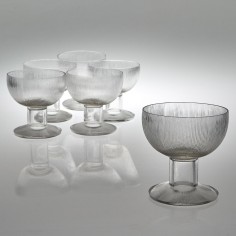 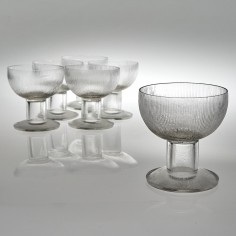 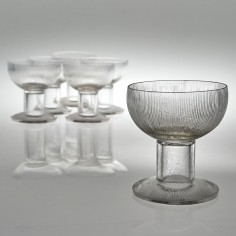 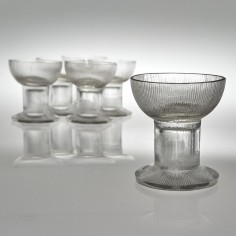 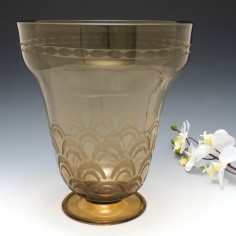 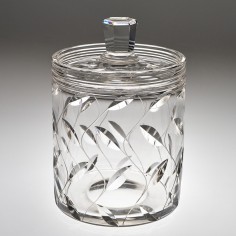 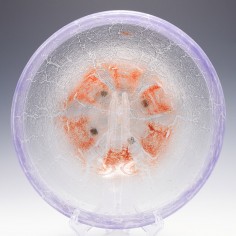 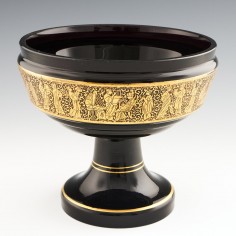 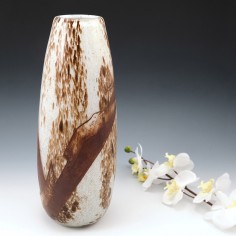 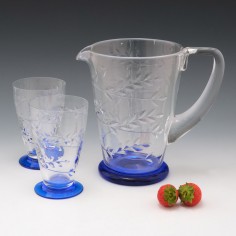 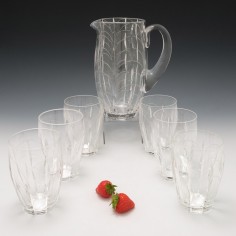 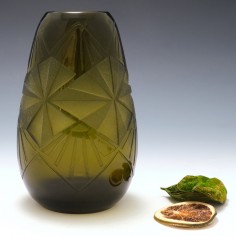 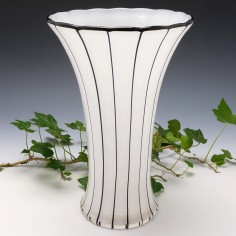 The influence of Josef Hoffman, Koloman Moser and the Wiener Werkstatte is apparent within this design. This may possibly be a Michael Powolny design. 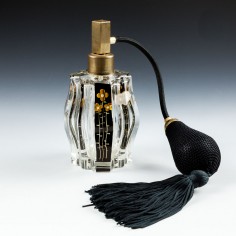 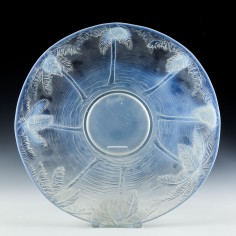