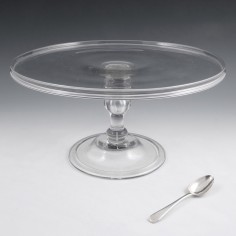 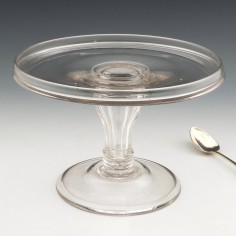 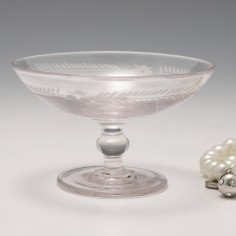 This is a true curiosity of Georgian table glass. These are described as being everything from salvers to sweetmeats to patch stands in the literature. This indicates one fact, nobody really knows. We certainly do not but we can add a little colour with s 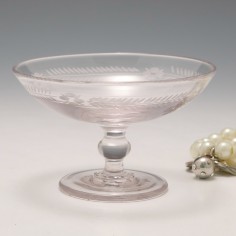 A small Georgian glass sweetmeat dish. The same dimminutive sweetmeat dishes are known form the very early 18th century. They evidently beceme less fashionable as the century progressed. The conical foot and absence of a fold is a good evidence that this