18th century continental wine glasses are much undervalued. We have mentioned previously the almost myopic bias of some collectors towards English manufactured glass and specifically Georgian wine glasses. We wish to readdress this and bring Dutch, Bohemian glass, German, Belgian and obviously Venetian glass and others into their rightful place as items to be held in the highest regard and be incorporated within a Georgian glass collection.

Production from Jablonec and Lipa in Bohemia broke new ground with a standard of engraving, cutting and enamelling that was not equalled in England until the latter part of the same century. Production suffered with the Napoleonic wars but there was resurgence in the late 18th century with the development of their own flint and lead glass and extensive use of the highest quality engraving.

The best engraving and enamel decoration on continental glass was produced in the 16th and 17th centuries, slowly migrating west from the Giant mountains of Bohemia, through to Germany and the Low Countries. Sang was a German, the early engravers to appear in England were predominantly his compatriots and Bohemians.

The Namur Museum in Belgium has the most stunning collection of early Belgian and Dutch glass dating back to the 13th century. Some early footed beakers and very light wine glasses in the facon venise are stunning, extremely rare and beyond reach for all but those collectors with the deepest pockets. Early berkmeyer, beakers, koolstronk and green stem roemer glasses do appear on the market from time to time. Twist stem glasses, air twists, incised twists and colour twists were all produced in Northern Europe and in some cases up to fifty years before the English equivalent.

You will hear much about the “Dutch Engravers” of the 18th Century, and “Dutch Engraved Newcastle Light Balusters”. The engravings go from the sublime and complex to delicate and ethereal, particularly early diamond point. This was not matched for pulchritude by English engravers and cutters until the middle of the 19th century, when James Green and Nephew and Thomas Webb mastered the craft.

Beautifully enamelled Bavarian and Saxon beakers from the late 16th century are museum pieces, and we must acknowledge the fact that they were producing cobalt blue glass before it appeared in Bristol. These were very much in the Venetian style . The English-style production of Lauenstein glass from the latter half of the 18th century deserves a place in any collection, particularly those examples with finely-gilded rims and multiple air tears in baluster knops, and engraved examples.

Both Northern European and English factories alike copied early Venetian “cristallo and latticinio” designs. Jacopo Verzellini set up his workshops in London as did many others from Murano, bringing both knowledge of manufacturing and styles with them. By the early 18th century original murano glass production was in decline but was resurrected by Fratelli Tosco and Antonio Saliviati in 1860. 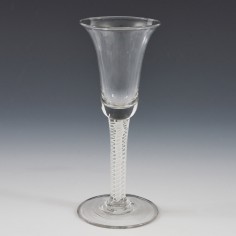 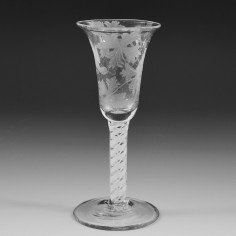 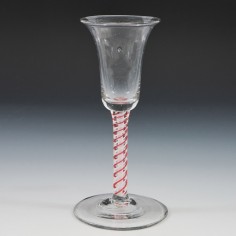 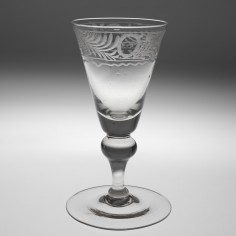 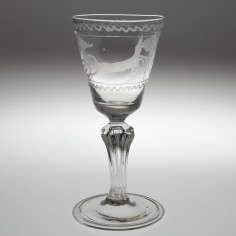 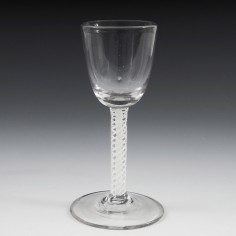 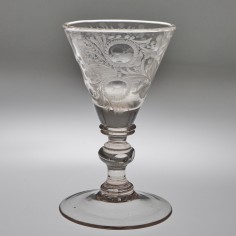 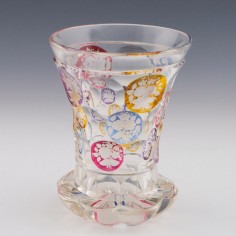 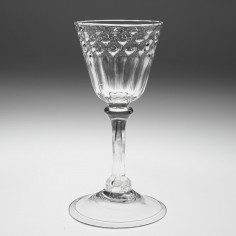 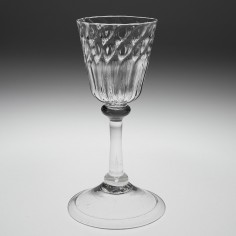 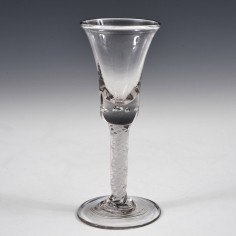 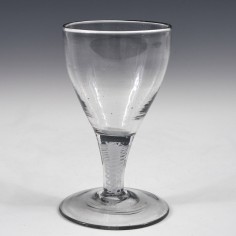 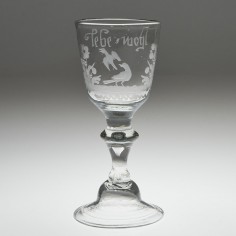 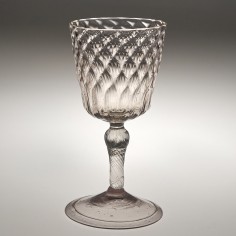 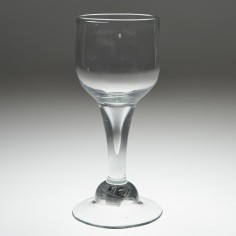 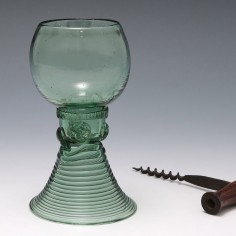 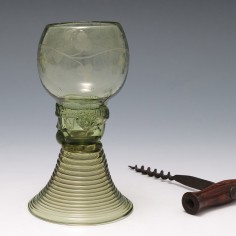 Roemen in old Dutch translates as "celebrate" or "boast". Roemers were made in G 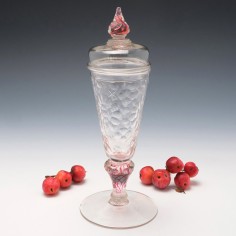 The tall funnel shaped bowl is facet cut with three flowers and then bordered by egg and star cuts. The stem has a five string red wist which is echoed in the lid finial. The lid sits comfortably within the mouth of the goblet 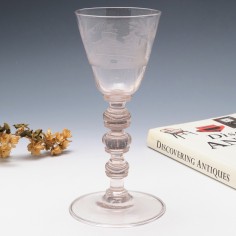 We have been unable to interpret the engraving. It may simply be decorative. Palm trees are significant within early European masonry. Huntsman are a frequently used devices within allegory.