Placing enamel canes into a metal cylinder and filling with molten glass ensured each cane retained their relative position. A process of re-heating and drawing out the stem and carefully twisting the rod resulted in a seemingly endless variety of patterns. The addition of coloured rods further increased the variation and complexity of structure within the stems.

The earliest and most rare examples are single series opaque twists (SSOT). Double series opaque twists result from the careful placing of the inner elements (straight rods of enamel) into a mould ,a '”carrot” is made with the inner elements still straight. This carrot is then introduced into another mould, with the canes carefully placed to form the outer element, and another gather of glass is then placed over the whole carrot which is pulled and twisted to form the end result.

Triple series were also made but are very rare indeed. English and continental soda examples are quite plentiful but the lead metal examples are more desirable.

All bowls types and sizes of drinking glasses are encountered with opaque twist stems, from the tall end elegant ratafia and toasting glasses , long stemmed cordials and small firing glasses. The Beiby family frequently enamelled the bowls of opaque twists, it is the most common stem form for Lynn moulded bowls and genuine Jacobite sympathy glasses following The ‘45 are also found in this form.

The most frequently encountered colour twist is red of a Georgian wine glass, particularly in non-lead glass examples of Dutch origin, with blue and pink being harder to find. Purple, green and yellow single colour twists become progressively rarer. Two-colour combinations are rare but not as highly sought after as three-colour combinations, which command considerable interest from both collectors and investors, museums and aesthetes alike. 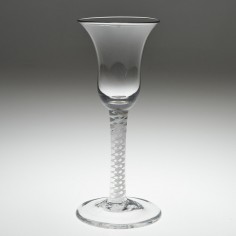 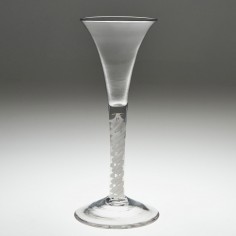 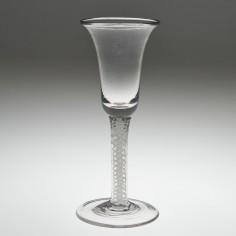 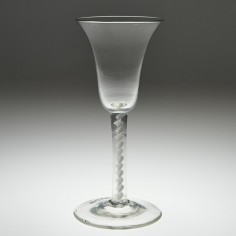 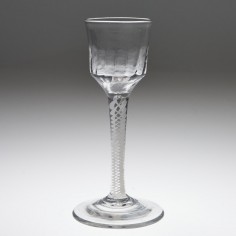 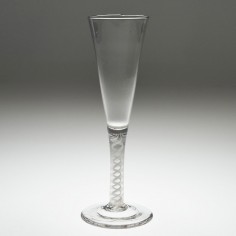 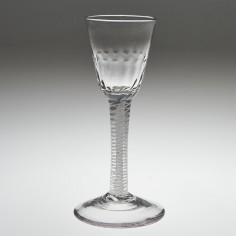 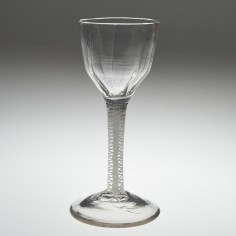 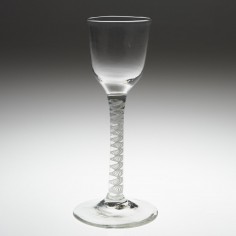 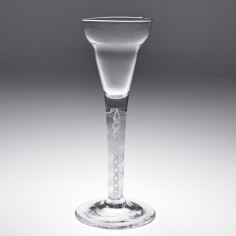 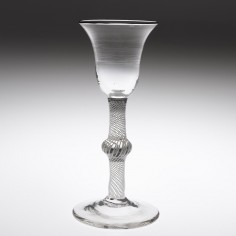 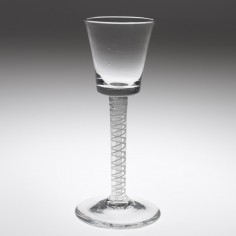 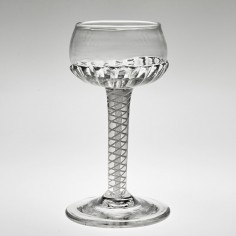 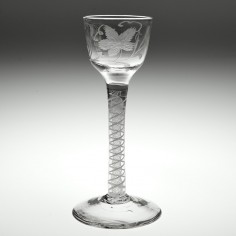 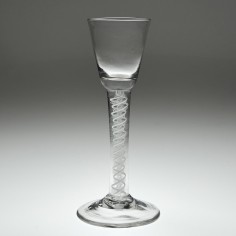 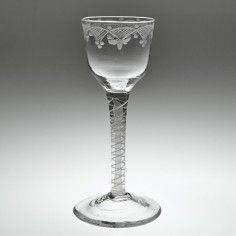 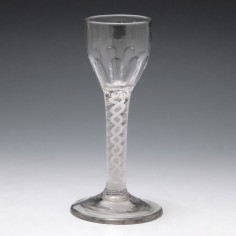 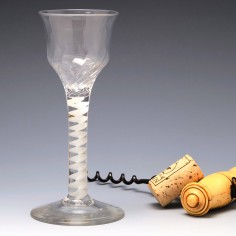 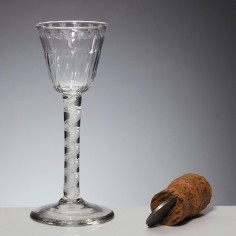 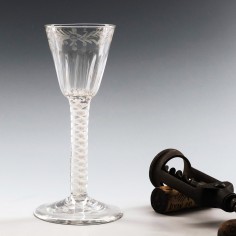 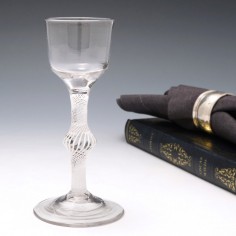 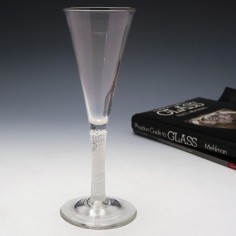 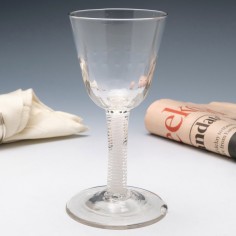