Georgian tankards and Victorian pewter and sterling silver tankards share a common genus, the wooden tankard. Examples of wooden tankards made with wooden frames cased in leather have survived intact from the 16th century. Some Scandanavian wooden tankards were made entirely from birchwood. The interior of many wooden tankards have small wooden pegs on a stave, the origin of taking someone down a peg or two.

Sterling silver tankards from the 18th century and the fine antique George III examples are the benchmark of elegance. Some Georgian silver tankards are straight sided with domed lids others baluster shaped with scroll handles and thumb pieces. The lidded examples will always bear silver marks on the body and the lid and occasionally the handle too. The assay office, silver standard, date letter and makers marks should match.

The Georgian style continues to be used to the present day and not only in silver. Pewter beer mugs ,some with glass bottoms and brass rims, were widely manufaured by pewterers in Britain. Stainless steel and silver plate were other popular mediums. Late Georgian and Victorian silver tankards were embellished versions of 18th century examples, indeed many Georgian silver tankards were later decorated to bring them into line with elaborate Victorian fashions. 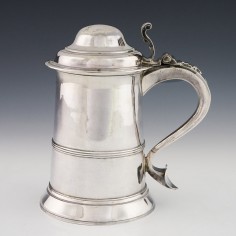 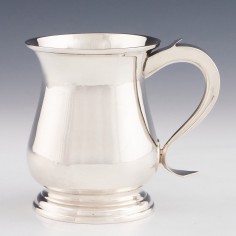 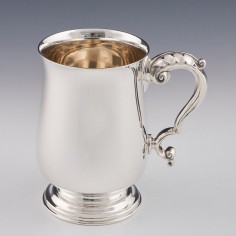 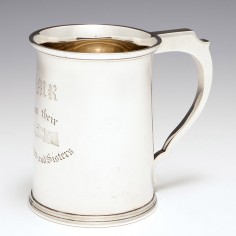 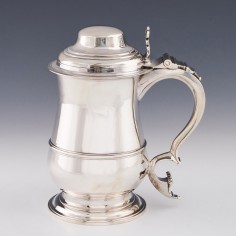 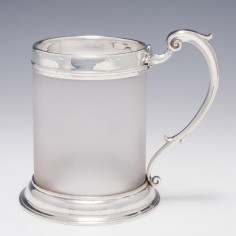 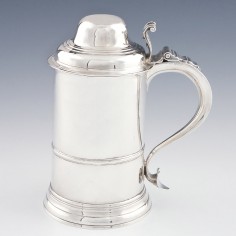 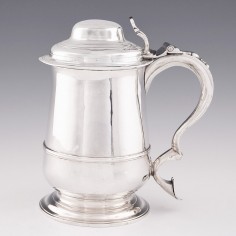 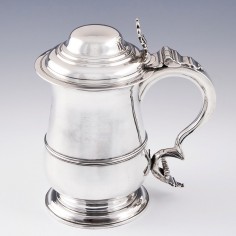 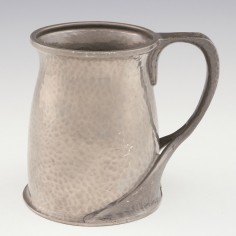 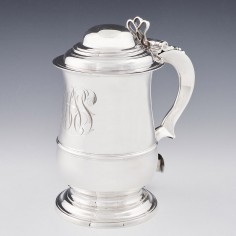 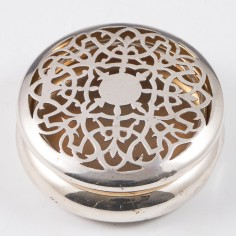 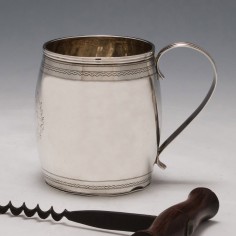